I've been trying to get my 2-a-day workouts in but it's getting harder and harder.  I've been sick now for over 2 weeks and I'm finally admitting defeat.  I have a doctor's appointment this afternoon.

I hope this week is better (so far it's sucked - I lifted yesterday but only lasted 4 miles on the bike).  I need to get my workouts in or I'm not going to be eating anything I'm making for Thanksgiving on Thursday.  Plus, I challenged my friends to a virtual Turkey Day 8k Thanksgiving morning - I can't very well not participate in my own challenge.  Suck.
at November 25, 2014 No comments:

Grand Rapids, Michigan just broke its 1895 record for the snowiest November on record, and we still have 9 days left.  The last total I saw was 28.5 inches, which is still about 56 inches less than Buffalo, so I guess I can be thankful I don't live there.

Now they are predicting a warm-up this weekend with freezing rain to go on top of all this snow.

I'm really not ready for this.  I'd wave the white flag but I'm afraid no one would see it behind the mounds of white crap we already have.
at November 21, 2014 No comments: 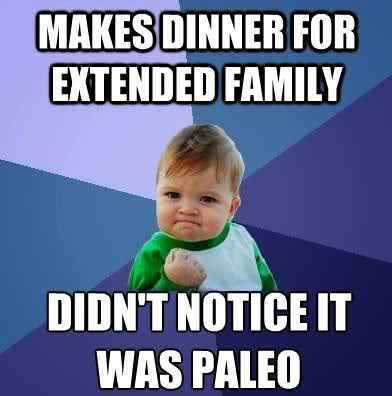 I'm thankful that next Thursday I'll be cooking the majority of Thanksgiving dinner.  This means I can control somewhat the offerings and make them a bit on the healthier, less gluten-laden variety.

Now, that doesn't mean things like stuffing and pies won't also make their appearance, because they will, but hopefully some new foods will get the seal of approval as well.

If anyone has some tried and true paleo side dish and dessert recipes, I'm all ears!
at November 20, 2014 No comments:

Weigh In Wednesday: up down up

By all accounts, this shows a 0.4 pound loss this week, but if you were to expand that out to show the last year, you'd see I've basically maintained with a hell of a lot of up-down-up-down.  A year ago, I was 150, so over the past year, I've made no progress whatsoever. What frustrates me is that I stepped on the scale yesterday and was 148 even - so I "gained" .8 pounds overnight.  Now, I know I didn't eat enough to gain almost a pound in 24 hours so it's water or maybe my coffee hadn't fully kicked in yet.  Whatever.  It's still frustrating.  I know I shouldn't care and 148.8 is a weight that many people would probably celebrate, but I do care and it frustrates me.  Have I mentioned I'm frustrated?

It's ironic that 2 of my friends posted yesterday about ditching the scale.  I wish I felt like I could step away from the scale like Mindy and Katy have.  I know I'm much more than that number, but right now I'm not seeing progress in any other way either, so it's all I've got.
at November 19, 2014 No comments:

Nothing much to report this week. I'm just trying to maintain fitness while fighting off what is probably another sinus infection. 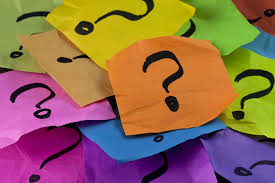 As of right now, my 2015 plans are a big, fat question mark.  I'm trying to keep some running fitness up, but currently I'm sick and haven't run more than 5 miles since the marathon about 4 weeks ago.  I don't know if I want to train for another full next year, focus on halfs again, or work on speed for shorter distances.

I know I have at least a couple longer races on the distant horizon, plus a race I really hope to travel for, but this is looking like a pretty empty calendar so far.

February 15, 2015 - The Donna Breast Cancer (Half) Marathon in Jacksonville, FL (cautiously optimistic I can work this out since so many of my southern friends are running and it falls on the weekend I have a break from school.)

April 19, 2015 - The Gazelle Girl Half Marathon in Grand Rapids, MI.  I worked the expo last year for Another Mother Runner and then decided at the expo to run the half. I hadn't run more than 7 miles since December, so the half was a tad rough. I'm hoping to plan a bit farther ahead and actually register and train this year.

May 9, 2015 - 5/3 River Bank Run 25k.  This is basically a home-town tradition that I wasn't going to participate in again because it never changes, but they revealed a new medal that is freaking AWESOME, so the bling whore won.

August 2015 - The Fred 200 Mile Relay.  Provided I don't have to move kids to college the same weekend, I'll be back as a member of the Screaming Thunderboxes.

So, 4 races I've identified and none I've registered for.  Pretty lame if you ask me.  Any suggestions of races I should consider?

I am down 1.8 pounds this week, which is about what I gained last week.  It could be worse I guess.  I've been trying to stick with the 2-a-day workouts (strength plus cardio) and most days I've done that.  I haven't gone so far as to start tracking my food again since that only makes me stabby and I have enough shit going on as it is.

We are hosting Thanksgiving in a few weeks so I can have a bit of control over the menu.  I'm trying to find some paleo/healthified versions of some of our standard Turkey-day fare and if I come across anything great, I'll make sure to share it.

What I haven't found is a good paleo pie recipe that doesn't have a bazilionty ingredients and take 2 weeks to make.  If anyone has a good dessert suggestion, I'm all ears.
at November 12, 2014 No comments:

Email ThisBlogThis!Share to TwitterShare to FacebookShare to Pinterest
Labels: Weigh in, weigh in wednesday, weight, weightloss

The picture makes this week look better than it really was.  I had an incredible run on Monday, where I ran a 28:32 5k (9:12 pace) and then on Tuesday and strained my right quad.  It's still not totally ok and it's pissing me off.  No sooner do I feel like I'm back to "normal" after the marathon and even thinking I should sign up for a Turkey Trot and see if I can set a new 5k PR, I fuck things up.


Today's blog post comes courtesy of last night's dinner.  This dinner was sort of contrived while sitting in my car outside the grocery store.  I knew I wanted to make a pork or beef taco type thing in the crockpot, so I hit up trusty Pinterest for ideas.  This is the result.

1. Take a 3 pound pork loin and cut off some of the big fat piece.  Rub with cumin, sea salt and fresh ground pepper.  Brown on all sides in a skillet with olive oil for a few minutes on each side.

2.  Put into a crock pot with 1/2 an onion quartered and a couple spoonfuls of minced garlic.  Add a 16 oz jar of Salsa Verde.  Cover and cook on low for about 8 hours.  Mine was taking a long time so with about 1 hour to go, I chopped the pork into smaller hunks and turned it up to high.

3.  When the pork can shred easily with a fork, shred it in the liquid and add a handful of fresh cilantro.  Stir and let it sit for a few minutes while you get everything else together.

4.  Remove meat to a bowl using a slotted spoon to drain off most of the liquid.

5.  Serve on corn tortillas (not totally paleo) with whatever toppings you'd like.  Mine had sour cream, lettuce, tomato, homemade guacamole, more salsa verde, more cilantro and a squeeze of lime.

Totally delish and everyone in the house loved it.  Tacos are great like that because the family can top them however they want.

Fitness Friday: The @shrinkingjeans Holiday Gift Guide for the Runner is coming! 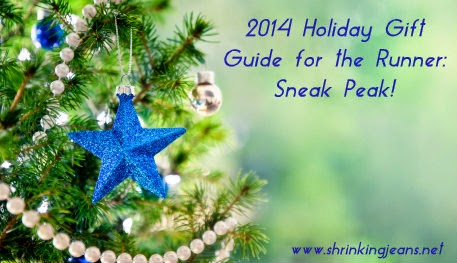 I think many of you know I have this great gig where I get to write about running (or whatever else is on my mind) over at The Sisterhood of the Shrinking Jeans.  Right now, we are gearing up for my favorite post of the year - the 2014 Holiday Gift Guide For the Runner (or non-runner because seriously, you don't need to be a runner to love this stuff).

This week, Lisa and I have given readers a little sneak peak into 3 products that will be featured and ultimately given away when the Gift Guide comes out during the week of Thanksgiving.  So far, we've profiled Momentum Jewelry: Designs that Move You, Armpocket, and New Balance and there is so much more coming.  I have to tell you, it's going to be FREAKING AWESOME!!!

So, go check out The Sisterhood of the Shrinking Jeans.  Make sure you follow us on Twitter and Facebook and subscribe to the blog so you don't miss out.  This is going to be our biggest and best gift guide for the runner EVER!
at November 07, 2014 No comments:

Took a little stroll down memory lane last night as I chopped up race shirts for my Project Repat blanket.  There were a few shirts that I really had a hard time cutting but I'm sure I will get much more use out of them as a quilt this winter than I have running.  I'm also thankful I had enough shirts that I still have ones to wear for running :)
I really don't know how I want them organized.  Right now, they are roughly in order by year, starting on the left and going down but I don't like how the first 3 shirts (River Bank Run 2006 5k, 2007 5k, 2010 10k) are all white.  Obviously, the shirt quality and color selections improved from 2006 to 2014.  The sizes also got smaller :)

The only ones I know I would like together are the runDisney shirts.  Tinker Bell, Wine and Dine and my Coast to Coast shirts are sort of a set, right?  Maybe if I request that, they'll be cool with it.  I think I'm going to let them have at it for the rest of the design.

What do you do with your old race shirts?  Every made a t-shirt quilt?

Since I'm not currently training for anything - other than to continue to fit in my "skinny" jeans throughout the winter - I'm not really sure what to post here.  All of my workouts are on DailyMile (see the widget to the right) so it seems a bit silly to rehash them here.

My current plan is to work on some speed and strength and hopefully lose about 12-15 pounds in the process.  These are two areas I can focus on when the weather starts to go to shit because I can either lift at home (which I did all week), run either inside at the gym or hit the trail, and I have my bike on my trainer at home.  If they translate to some weight loss, that's great.  If not, I won't be devastated since my body seems pretty content to hang out right around 148-150 pounds right now.  More than that would be a problem.

The goal is two-a-days most days - not two runs, because that would be dumb, but a strength and a cardio workout everyday.  There will likely be at least 1 rest day per week as well.  Since I'm just getting back into running after my marathon, the runs this past week were all pretty short - with my longest being a whopping 5 miles.

Crowd sourcing - What would you like to see here? More specifics, less details, help me out.  I like to look back and see what I've done on a weekly basis but I also want to provide content that is helpful and interesting to you guys.
at November 04, 2014 No comments: