Back in December 2011 (was that really over 4 months ago?) I set what I thought was a pretty reasonable goal for myself for this year.  My goal was to run 12 races in 2012.  It looked something like this (changed a bit from my original plan because of kid commitments, but this was the latest version):


I completed the Tinker Bell Half in January and started having issues with my calf/shins. I skipped the March race because of pain but finished the Knoxville Half in April and then this happened: 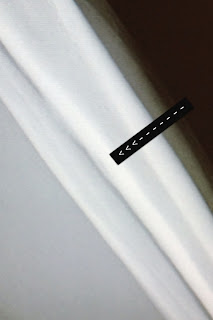 And then I ended up in this:
I was skimming Facebook last night and came across this picture: 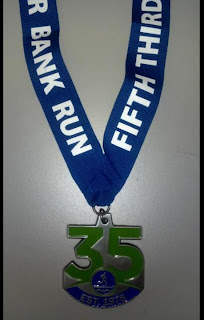 That would be the awesome 35th anniversary bling that I won't be getting on May 12th.  Or ever because they'll go back to their plain medals next year.  I'd actually had a couple of really good days this week and then one stupid picture ruined my mood and my entire night.  I thought I was done being upset with myself, but I was wrong.  I'm still very disappointed that my body decided it wasn't strong enough, I did something wrong and it failed. (Now before you get all squinty eyed on me - it's true.  I clearly did something wrong in my training or that stress reaction would not have happened.)

This is what my race calendar looks like now:
Down & Dirty Mud Run, Chicago, IL 10k 5/20/12 - I'm still doing this but switching from the 10k to the 5k and walking the whole thing and probably skipping most of the obstacles.


I've been talking with a couple friends about still doing a sprint tri this summer, but I'm reluctant to sign up for anything not knowing what my running capabilities will be (and I refuse to walk the 5k portion, especially knowing how fast the people are in this area - even running I'll be at the bottom of the pack).  Needless to say, I won't hit anywhere near 12 races this year.  Maybe 6 if I'm really lucky and they won't be done to nearly the level I would like (my only 2 races completed this year were terrible as far as time goes but at least I had fun).  I'm also terrified to sign up for any races now knowing that I could have to back out if I get hurt again.  I hate wasting money and seeing that DNS after my name is going to suck out loud - I don't want to see that ever again.  Maybe it doesn't matter to some of you but it does to me.  I've never been a quitter and it feels like quitting.  In fact, it feels worse than quitting because it feels like I didn't even try.

Tara said to me on twitter last night: Hey!!! Knock that off. You are injured. Focus in healing. Then get the bling!  I understand but it's not because ur lazy & just not running...be nice to urself so you heal faster.