WIAW and a Weigh In #justtrollin

It would appear maybe I've been a bit to "ish" on the paleo-ish eating habits since vacation.  Why is it so difficult to get back on track?  I gave myself some leeway while in Savannah and was rewarded with a nearly 5 pound gain.  I've only managed to lose about 1/2 a pound of that since I got back (and this week I gained .2 pounds back).  To say I'm frustrated would be an understatement, but I also know it's totally my fault.  I didn't run much at all last week because I screwed up my hip.  It's better now, but not having those 600+ calorie runs a few times a week means that's 600 less calories I should be eating each day. 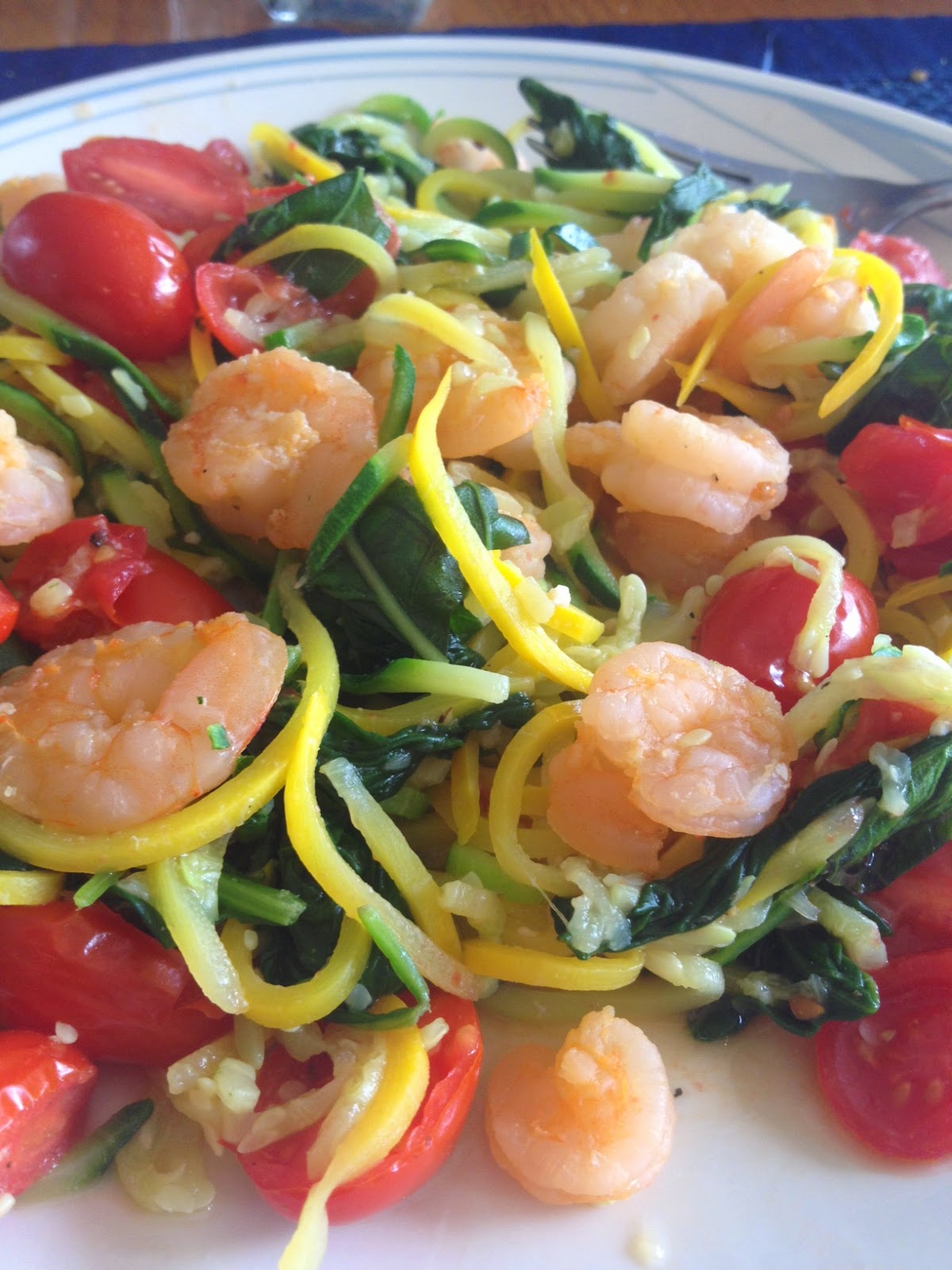 ...I've also gone out to eat.  We've been to Red Robin (where I "splurged" on the 200 calorie gluten free bun with my burger and ate fries) and a local hot dog place (where I felt gypped because had my dogs without the best hot dog buns in town). 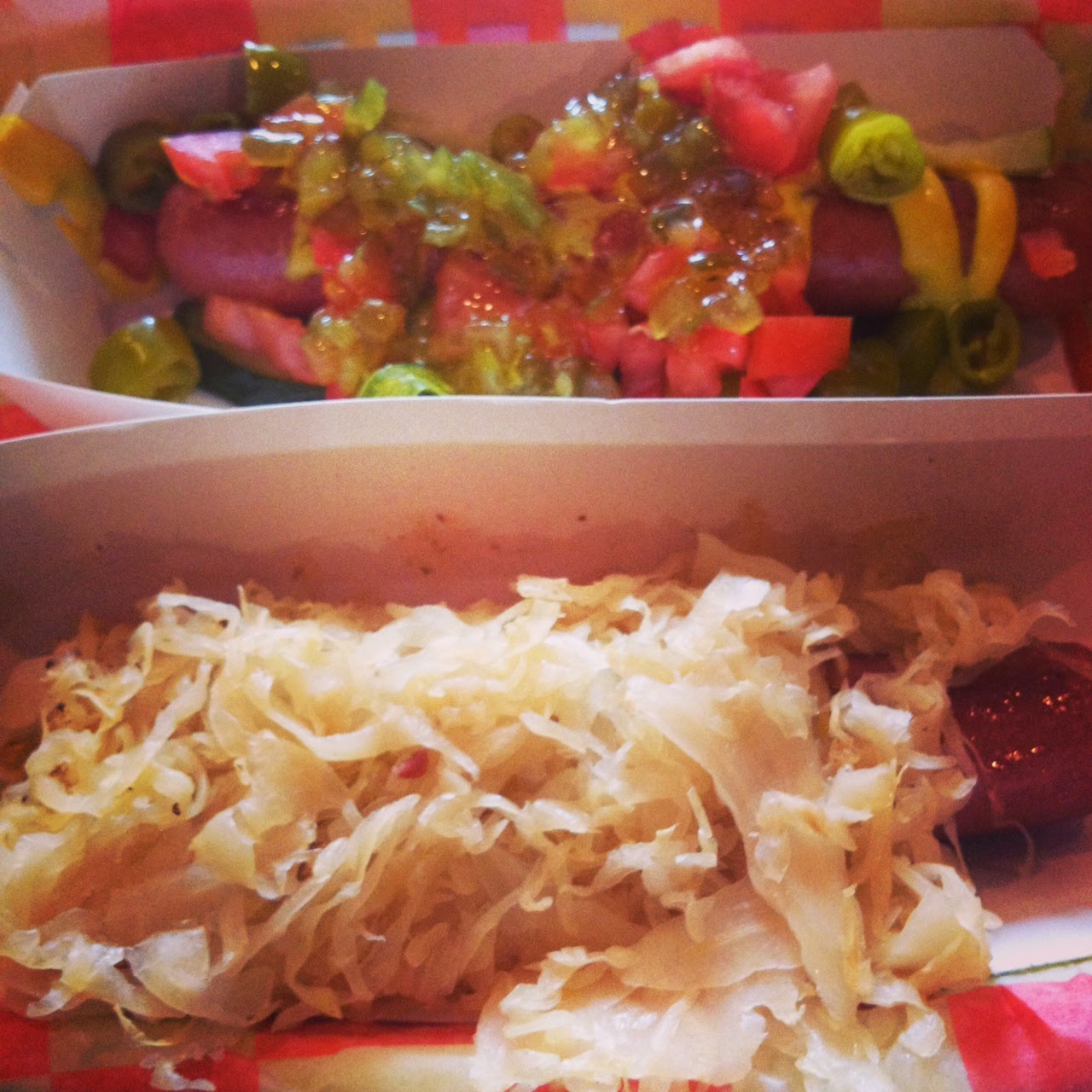 I also discovered the best gluten free beer - Omission Pale Ale.  I probably shouldn't have even tried it because even though it's gluten free, it's still 175 calories a bottle.

All of this - not exercising enough, adding some grains and potatoes back in, and splurging on foods that taste good but really aren't any good for me - has resulted in a complete halt in the weight loss department. 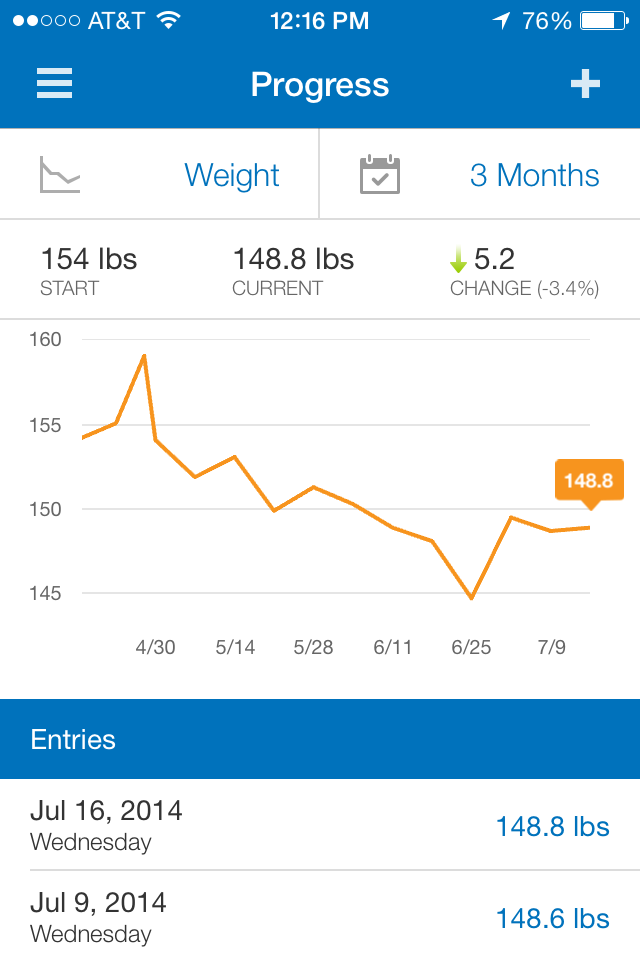 This graph should be continuing to move down, not up.  Yes, I'm still at a net loss (and there's a good chance that 144 at the end of June was a fluke) but I'm not where I should be or want to be.

I need to do better this week.  I need to somehow figure out how to eat in Chicago this weekend while I'm there to run Rock n Roll Chicago (plus extra miles) as my 18 mile long run without blowing my progress even more.  Yep. Paleo in the land of deep dish pizza and the best popcorn on the planet should be fun.

I think I need to get back to no grains at all (this means no popcorn, tortilla chips or corn tortillas, or gluten free breads/pizza crusts), no regular potatoes, and no more beer - even if it's "fake" beer.  No cheat days. Is that realistic?  Probably not but what else can I do? Giving myself some #justtrollin #tribelove.

I'm not looking for advise.  Just trying to wrap my head around how I can successfully marathon train, lose weight, and eat paleo most of the time.  I'm extremely proud of myself for sticking with this as long as I have but I have to say, it hasn't been easy and now that the scale results aren't showing, the motivation to stick with it isn't really there.  It is what it is.

Before you leave, have you entered my giveaway for an entry to the Detroit Women's Half Marathon and 5k? Go here to enter - you can use the entry for either the actual or virtual race.